In our first post about Elemental Flow, we mentioned that we wanted to keep what we love about RPG systems, but use non-violent mechanics to tell a different kind of story. High levels of customisation is a feature that’s on the top of our list. 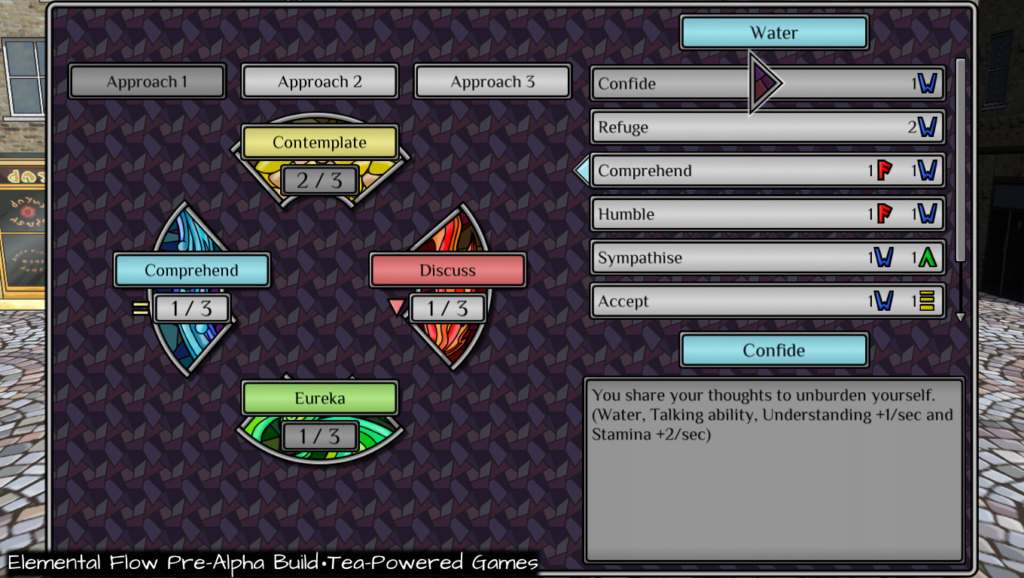 The menus and user interface are still bare bones, but customisation is something we want to play with from the start!

Elemental Flow is an active game, so there is an element of player performance necessary to do well. Between encounters, we want players to be able to customise what their approach to conversations will be, either to suit the encounter they’re facing, or to suit their play style.

The screenshots you can see in the encounter basics tease show four basic abilities, one for each element. In Elemental Flow, you will be able to assign different abilities to these slots, so your water ability (on the left slot) can be any ability which is at least part-water – you can see in the image above that there are many combinations, each of which has different effects!

We hope that this system will let players organise their abilities in a way that’s intuitive to them – perhaps their set-up will mirror the way they converse in real life! There are other customisation axes planned, some of which tie to character development, at least one of which is hinted at in this screen shot, but that’s a matter for a different post!