Firstly, a bit of news: We’ve re-launched Dialogue on Steam Greenlight. We’ve had a positive response to the game from many people, but we thought we could do a better job of giving this unique take on conversations its best chance. After pulling together feedback from a variety of sources, we’re happy to present a new version of Dialogue, with a complete visual overhaul of the user interface.

Based on feedback, we decided that it was worth re-imagining the UI elements in Dialogue. While they were clear and functional before, we wanted to give it more of a consistent theme, so the game’s emphasis on creativity came through even in the most basic visual elements. This led us to our current hand-crafted feel, with a hand-written font, speech bubbles stitched at the edges, buttons sewn on and elements crossed out using string: 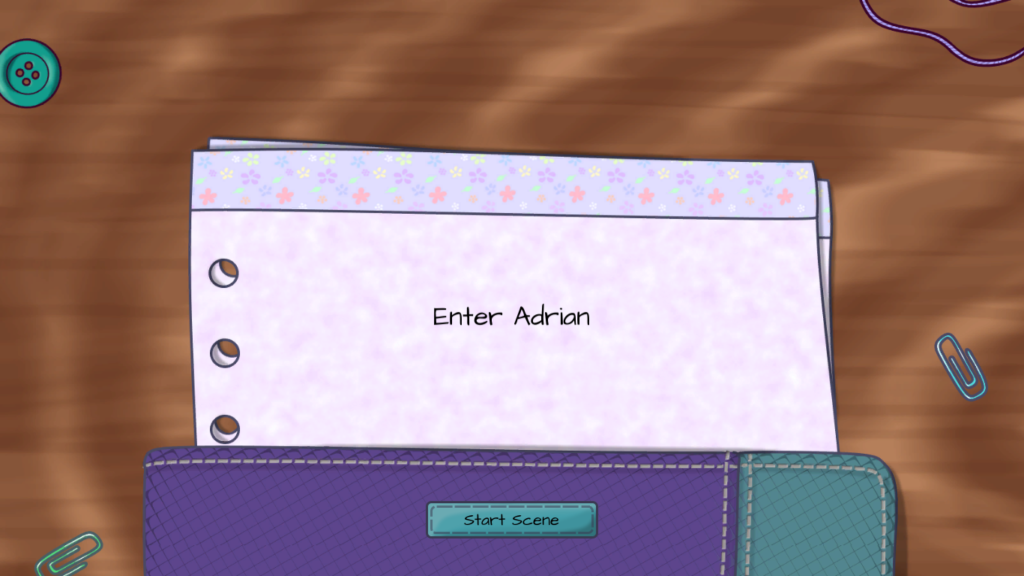 And similar paper patterns and elements can be found elsewhere. 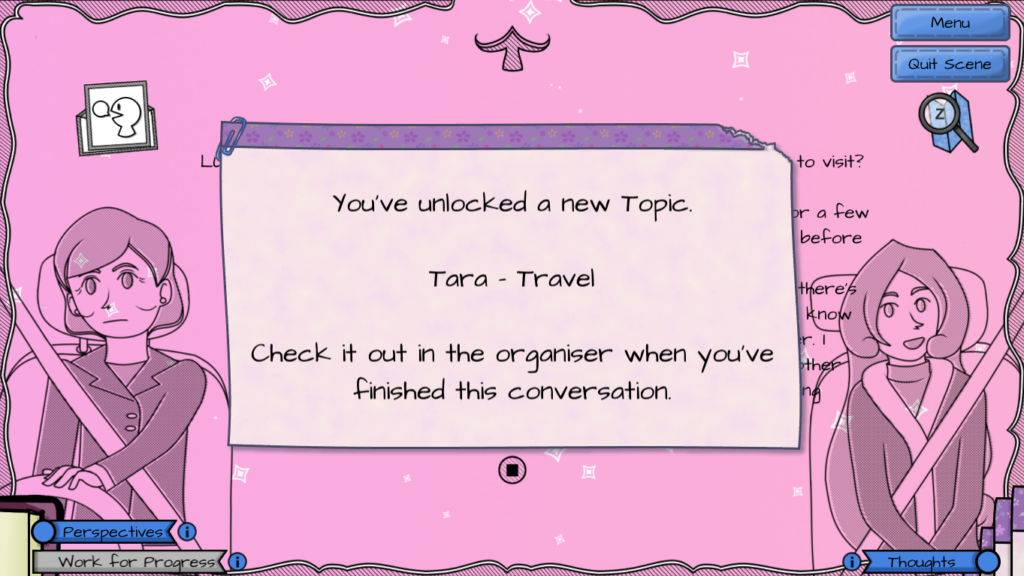 The Extra Scenes interface was overhauled as well: 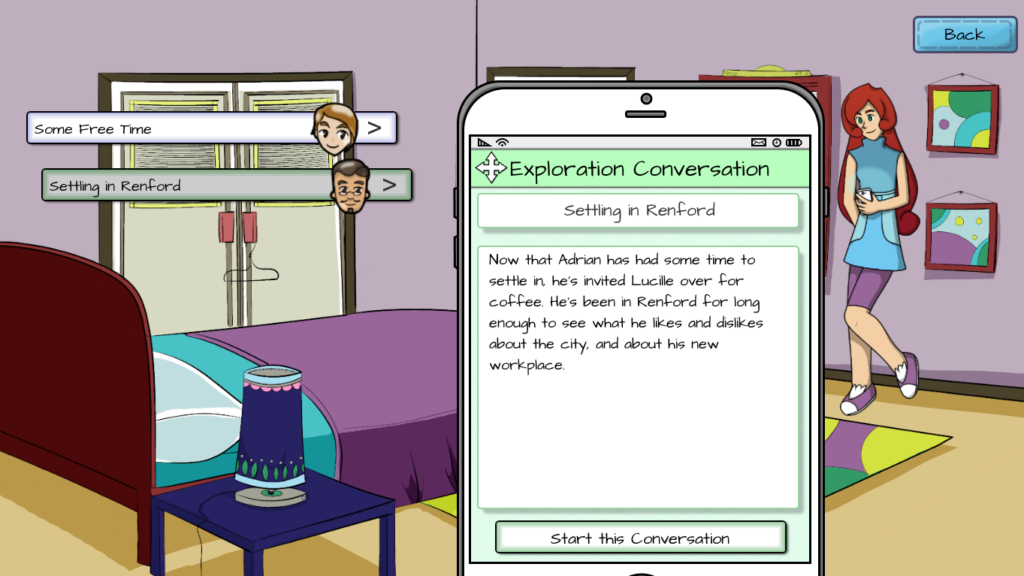 We wanted an interface that people could relate to more, to put them in Lucille’s shoes while providing all the necessary information about a scene. We also made the menu much clearer by directly indicating what kind of scene the player is selecting and who it is with.

There are other, smaller changes, like the addition of a custom cursor and icon for the game, which we hope you’ll enjoy as you go through the game or revisit scenes. We also have a new trailer, which more clearly shows the story of Dialogue, while still showcasing the gameplay.

We do not take re-launching Greenlight lightly – we hope you agree that the new Dialogue looks better than ever. If you voted for Dialogue on Greenlight before, we would love for you to support us again for Dialogue’s new version! It will help us bring this unique game to Steam, and be able to reach more people who would enjoy it, while also advancing a conversation about conversation in games. If you bought Dialogue already (available from Itch), you can download the new version today! Don’t worry, your save files will stay – it’ll just look nicer.