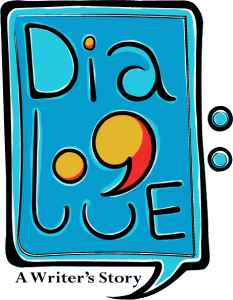 Based in London, England

Dialogue: A Writer’s Story is a game about conversations, writing and science. In Dialogue, you play as the writer Lucille Hawthorne, exploring characters and events through a year in her life via mostly ordinary, and occasionally fantastical, conversations.

The game consists of various types of conversations with different mechanics. Active conversations occur in real-time, and the effect of Lucille’s statements can be modified through her equipped Focus. Exploratory conversations map different subjects spatially, allowing for backtracking and finding new paths, while emails can be arranged and edited.

Be inspired alongside Lucille as you help her write her science fantasy novel, learning more about her neighbour Adrian’s biochemical research to see her book through to its conclusion!

Tea-Powered Games was founded in 2013 by Florencia Minuzzi and Destina Connor, after having finished their PhDs (in mycology and computational neuroscience, respectively) and dabbled in writing and game design. With a desire to bring some of their perspective into a medium they cared about, they started working on Dialogue: A Writer’s Story, which explores both the writing and research process. 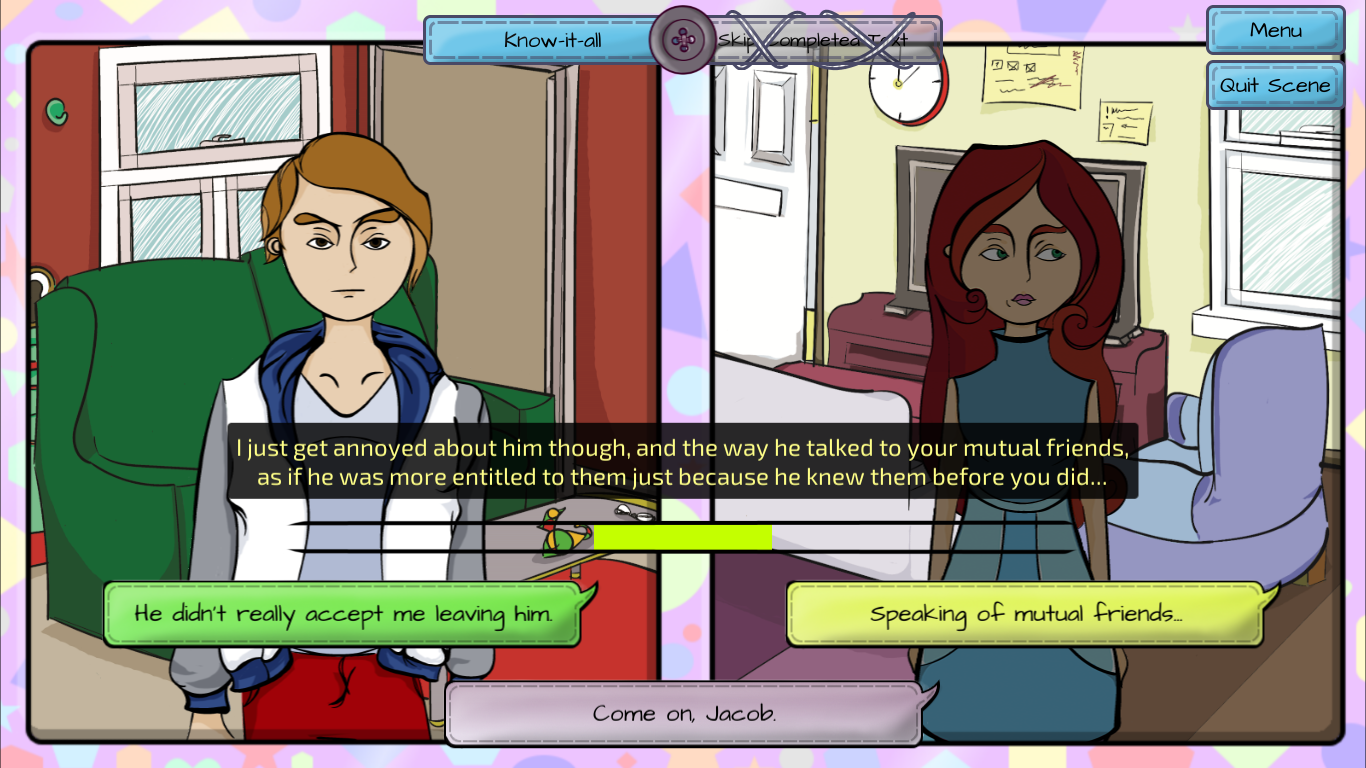 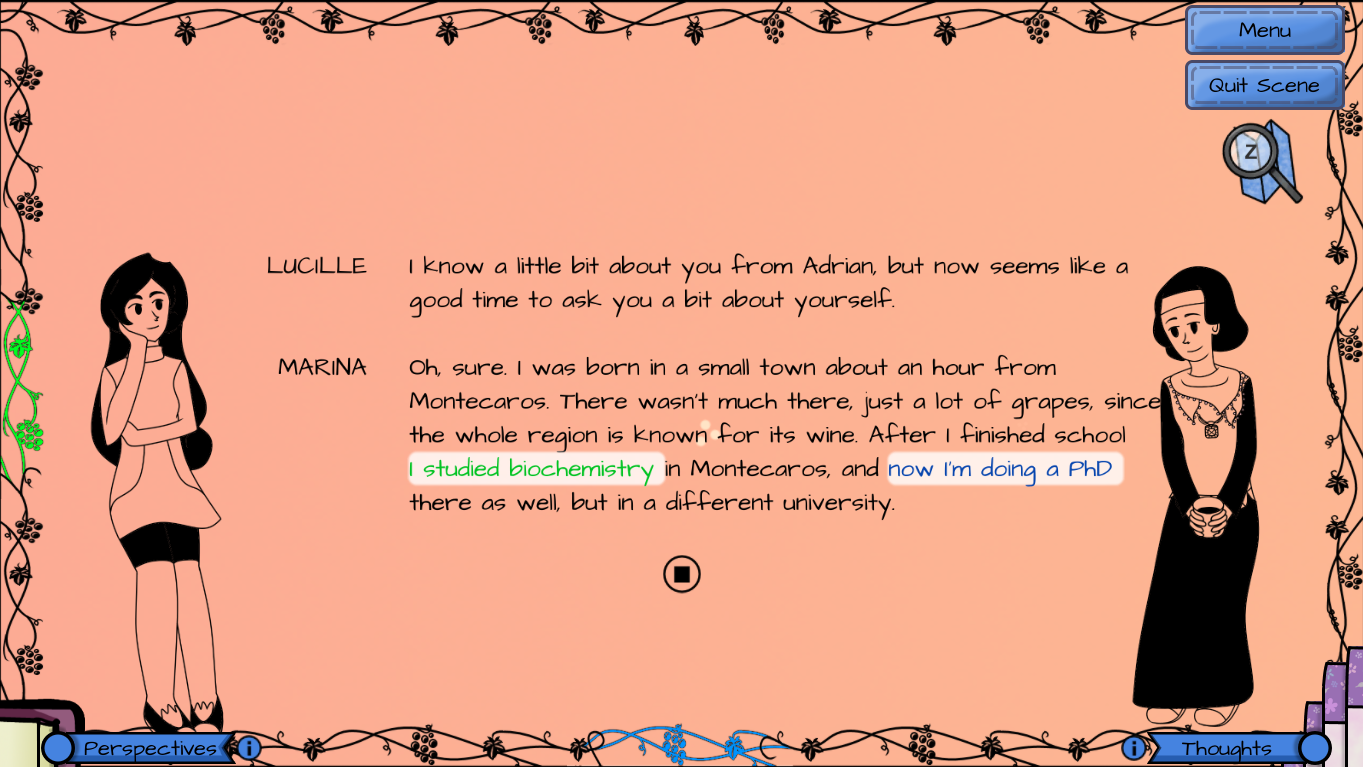 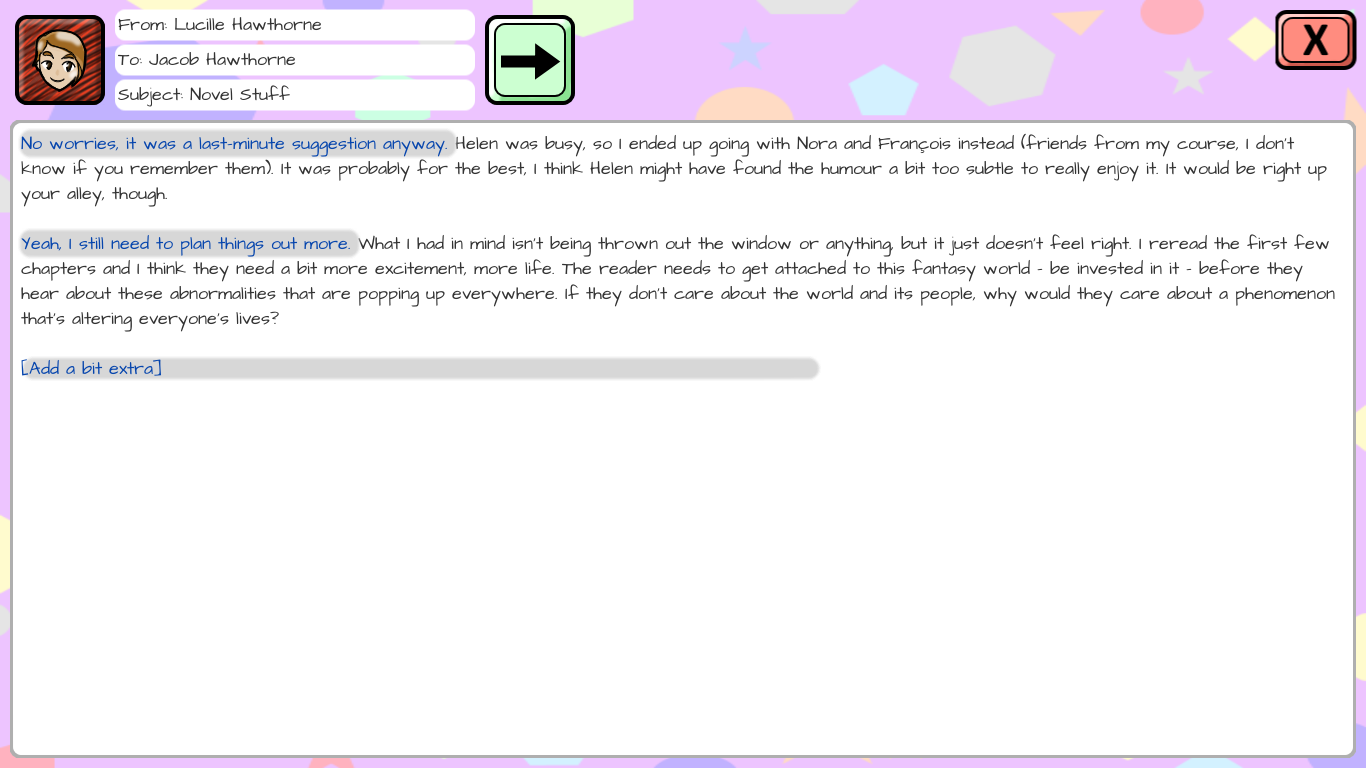 Please send us an email ( team@teapoweredgames.co.uk ) and we’ll get back to you as soon as a press copy is available for you. Alternatively, contact us via our online form to request a press copy.

Tea-Powered Games allows for the contents of Dialogue: A Writer’s Story to be published through video broadcasting services for any commercial or non-commercial purposes. Monetization of videos created containing assets from Dialogue: A Writer’s Story is legally & explicitly allowed by Tea-Powered Games. This permission can be found in writing here.