Dialogue: A Writer’s Story (available from itch.io and Steam)

Tea-Powered Games is a British independent game studio lead by Destina Connor and Florencia Minuzzi, aiming to create games combining interesting narratives and mechanical depth. As a company, Tea-Powered Games is focused on expanding the narrative vocabulary of digital games, both in terms of stories and mechanics, with a holistic design approach. We try to make games in the platform that best embodies the feel of the game or story we’re building. In the future, we also hope to assist other companies in improving the quality of their games, working with them to improve their game’s narrative design and fitting it in the scope of their full project.

Tea-Powered games was founded in 2013 by Florencia Minuzzi and Destina Connor, after having finished their PhDs (in mycology and computational neuroscience, respectively) and dabbled in writing and game design. With a desire to bring some of their perspective into a medium they cared about, they started working on Dialogue: A Writer’s Story, which explores both the writing and research process.

Tea-Powered Games was founded by a writer and designer who had been making games and writing stories during their research jobs. For Dialogue, the company’s first project, an artist, programmer and musician joined the team part-time for a year. Everyone at Tea-Powered Games was a graduate of a different field, but all were enthusiastic about games with strong narrative. Dialogue was released November 8th, 2016 on itch.io, and September 20th 2017 on Steam, and Tea-Powered Games is now working on its next game, Elemental Flow. 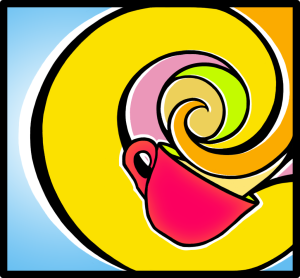